Kor Onclin, born in Leeuwarden, grew up in a liberal and artistic background. At elementary school his talent for drawing and music were already apparent. He receives lessons from the predecessor of the Vredeman de Vries Academy in Leeuwarden and comes in contact through his father with artists, like Gerrit Benner, amongst others. Towards the end of the thirties he exposes for the first time in the art shop De Boer in Leeuwarden.

His hometown and the province of Friesland play an important role during the first thirty years of his life. He grows up in the Leeuwarden of the 20’s, his father has a furniture business on Voorstreek and the familiarity of the Jacobin church surroundings, as well as the atmosphere, liveliness and music of the pre-war Jewish community in the Friesian capital city. During the early 40’s Kor Onclin worked at the public coal offices and during the war years was active with the Resistance. Directly after the liberation he played in a semi-professional jazz band for a long time in the Schaaf hall (percussion and singing). Towards the end of his life Kor Onclin returns to his homeland. During the early 90’s there are exhibitions in Elsloo; in 1999 at the Gallery Romein and in 2000 at the Fryske Academie on the occasion of ‘Simmer 2000’ and by invitation of the city council. 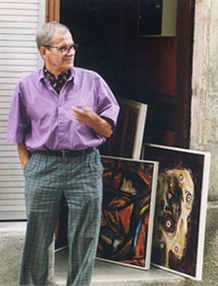 At the beginning Kor Onclin made a name for himself with figurative black and white portrait and landschape paintings, but soon developed his own style with its characteristic colour usage and texture. The subject matter in his works he took from whatever crossed his path each day, in the broadest sense. Furthermore, the ‘primitive’ African art and unbiased admiration of children are important sources of inspiration for him. In this respect a certain affinity with the CoBrA movement can clearly be seen.

After the war Onclin continues to paint, but due to his war experiences and major involvement with people he moves to another professional sector. 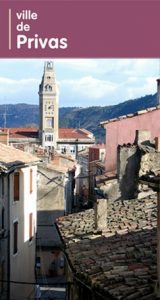 Residence in France (Rochessauve/Privas) and  years in the Ardèche were extremely important for Kor Onclin as artist and as person.  Influenced by this new life, the colours of his palette became brighter and deeper and his painting language intenser than it had been. In this new land he finds the quality of life that he had always longed for. The establishment of his Atelier in the centre of Privas, rue Bir Hakeim, clearly indicates a new drive and important zest for painting. In the cultural world of the Ardèche Kor Onclin fulfils an important role: as painter as well as person he is an enourmously appreciated and loved person. Moreover, he is a great inspirator for many fellow painters.